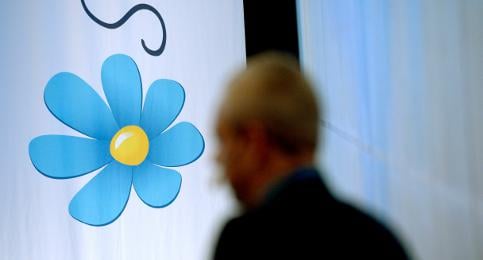 Members of the Sweden Democrats party (Sverigedemokraterna) stood outside a supermarket in Gothenburg late on Tuesday afternoon, handing out fliers.

A passerby allegedly grabbed one of the fliers, crumpled it in his hands, made a rude gesture, and then continued walking. At least one campaign worker then ran after him, newspaper Göteborgs Posten reported, and proceeded to spray-paint the man.

Both parties reported the incident to police.

Jimmy Ståhl, vice president of the Gothenburg branch of the Sweden Democrats, confirmed the incident and said that the electioneer had felt "very threatened".

"We have equipped ourselves with paint in order to identify perpetrators who subject us to danger," Ståhl told the paper. "There is nothing illegal about the paint. You can buy it in a normal shop. It's unpleasant to be sprayed, but it's just as unpleasant to be attacked."

Gothenburg police and prosecutors said spraying somebody with paint could be categorized as assault but could equally qualify as self-defence depending on the circumstances.