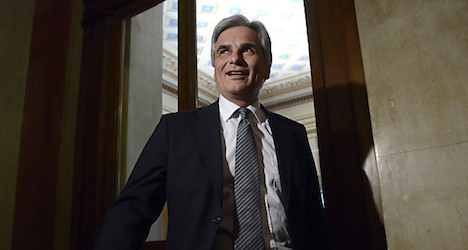 "It's a finance minister's task to talk about public finances, but there is no budget deficit", Faymann said on Monday at the event where the government presented its economic report for 2014.

However, the tug-of-war between the SPÖ and the ÖVP about austerity measures continued. Spindelegger defended his statements by saying: "We already know that the SPÖ does not like to save money".

Nevertheless Spindelegger did not want to talk about a crisis and Faymann pointed out that he was not afraid of new elections.

Economics Minister Reinhold Mitterlehner (ÖVP) said to the daily Salzburger Nachrichten on Monday that structural reforms were necessary before a tax reform could take place.

He also demanded more flexible working hours and reform of pensions. "There is no problem of distribution in Austria", Mitterlehner said.