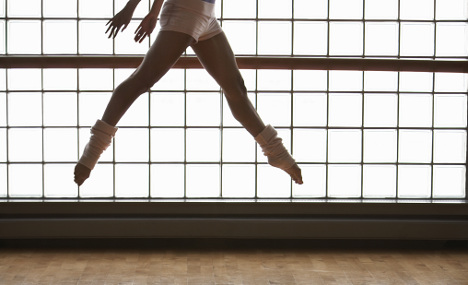 The 75-year-old from Munich injured his leg when the bar slipped, but a court in the Bavarian capital decided he had no claim for compensation, it said in a statement on Monday.

“A ballet barre is used inappropriately when a course participant with a weight of 125 kilos treats it like a bar stool,” the judge said.

The man had booked himself into a ballet course for the elderly at his local sports club, and was using the barre on March 20th 2012 when he had the accident.

He was standing with his right leg resting on the adjustable barre, which the court said was “firmly” attached to the wall, when it suddenly gave way. He fell to the ground, injuring his left knee.

The pensioner then filed a case against his own sports club for the “pain and suffering” caused, arguing that the club was liable for the defective barre.

But the court ruled that the club had not “disregarded their duty” and pointed out that using the adjustable barre was very simple.