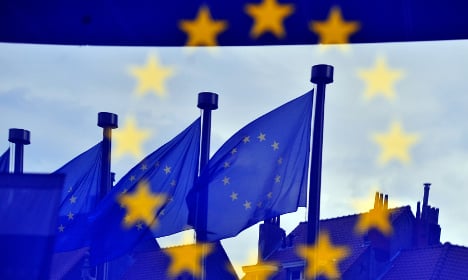 A total of 751 MEPs are being elected over four days. Photo: Georges Gobet/AFP

A total of 751 MEPs are due to be elected by Monday, representing more than 500 million people in 28 different countries.

But even by global standards the European Parliament elections, held from May 22nd to 25th, are an important event which will shape daily life over the next five years.

Italians however, wearied by years of austerity and political stability, are less than enthusiastic about the vote.

Turnout in Italy is expected to fall compared to the 2009 elections but, for Alberto Nardelli, co-founder of the election website electionista, every vote still counts. http://electionista.com/

“It doesn’t matter if you have a low or high turnout, whoever wins the election is the person who still gets the job,” he tells The Local.

Which brings us to the first of our three reasons Italians should head to the polling station.

Disappointed with tales of scandal and corruption from the political class, against a backdrop of a struggling economy, many Italians have resigned themselves to moaning to their friends about the dire state of affairs in Italy and the wider EU.

But, as Nardelli says, “voting is one step towards making a difference.”

“As bad as things are in Italy, voting is still one of the main ways for people to make a difference to the system. It’s still one of the most effective ways to get your voice heard,” he says.
Frustration should be moved from the coffee bar to the ballot box.

2) The result will shake up Italian politics

With Italy’s top political protagonists – Silvio Berlusconi, Beppe Grillo and Matteo Renzi – busy exchanging schoolboy insults, it may be difficult for Italians to realize the direct impact their vote will have on the Italian government.

“If [Prime Minister] Renzi doesn’t get more than 30 percent, his position will be weaker because he is believed to be popular. It will make passing reforms harder and Grillo’s mantra for new elections becomes stronger,” says Nardelli.

Grillo has for weeks been boasting that his anti-EU party is going to win the vote, ahead of Renzi’s Democratic Party (PD), and threatens to demand fresh national elections if he does so.

“Having a party like Grillo’s winning 25 percent of the vote will have a big impact nationally,” Nardelli says.

SEE ALSO: 'I'm voting to keep out the far right'

3) The EU does more than you think

For better or worse, the 751 new MEPs will take decisions over the next five years that will impact daily life in Europe.

Easy trade between countries, freedom of movement – including football players to and from Italy’s Serie A – are but a couple of the benefits of the EU named by Nardelli.

“Europe has become an excuse that many governments use for their own failures to reform,” says Nardelli. “[But] lots of people take for granted the very positive things about the EU.”
Italians need to use their vote to make sure policymakers continue to bring positive changes to their daily lives, he says.

SEE ALSO: 'We must use our EU vote to help Italy'