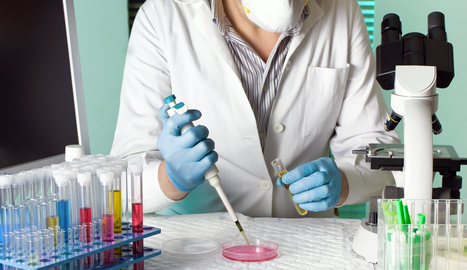 
Norwegian forensic scientists surgically removed the hearts and brains of around 700 dead babies for research purposes without informing the parents, the country's VG newspaper has discovered.

According to the newspaper, the practice, part of a research programme into Sudden Infant Death Syndrome, began in 1984 and still continues today.
The scientists remove the brain and heart from the dead babies, replacing the missing material with silicone, and then return the body to the parents for burial.
At no point have the scientists informed the parents of what has been done or sought their consent, believing that to do so would expose them to unnecessary distress.
When contacted by VG with the results of its investigation, Professor Torleiv Ole Rognum, who ran the research programme, said he saw no reason to apologize.
"If you heard the cries of parents who have lost their children, then you would understand," he said. "When we started the project we autopsied up to three toddlers a day who had died of SIDS."
"We don't want to take all the credit for it, but the work of the paediatrician Trond Markestad and the findings from our research have brought an explanation about what causes SIDS," he stressed.
Under Norwegian law, the consent of relatives is only required for hospital autopsies, not for forensic autopsies.
Nonetheless, Rognum noted that oversight of the programme had tightened up since it began.
"In 1984, it was much easier to take samples for research from forensic autopsies," he said. "It's been tightened, and that's fine. Now I hope that the research on material from court autopsies is regulated in line with that from hospital autopsies."