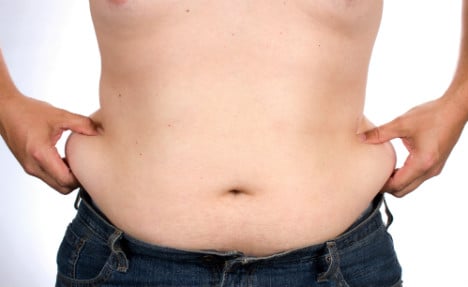 The report, conducted by the Karolinska Institute in Stockholm, tracked 5,156 people over a 10-year period who were living in the Swedish capital.

"If you are highly exposed to noise then it means an increase of six centimetres (in stomach size) compared to no exposure to noise at all," researcher Charlotta Eriksson, the study's lead author, told Sveriges Television (SVT).

Participants, including many who live near Arlanda airport, were monitored for a decade with the researchers also taking into account their lifestyle habits, such as smoking.

The researchers still found that the average increase in the size of the stomach was 1.5 centimetres, even when factoring in stress and lifestyle choices.

"This association appeared particularly strong among those who did not change their home address during the study period, which may be a result of lower exposure misclassification," said the report, which was published in the Environmental Health Perspectives. Researcher Eriksson added that exposure to aircraft noise leads to an increase in the stress hormone cortisol, which has an effect on the amount of fat which is stored in your stomach.

The report was unable to conclude that there were any clear associations between aircraft noise and a spike for BMI or type 2 diabetes. Sleep disturbances caused by aeroplane noise were also ruled out.