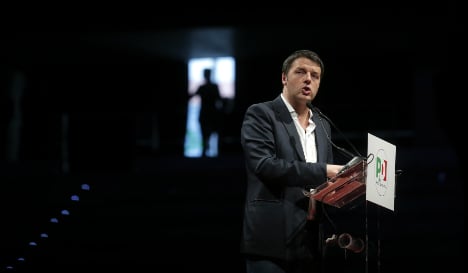 "We want a Europe of ideas, not only of banks," said Matteo Renzi, Italy's 39-year-old leader, addressing a campaign rally in jeans and a white shirt.

"A Europe based on rigour and guided by a narrow vision has no future," he told the crowd.

Renzi was launching his centre-left Democratic Party's campaign for European elections on May 22-25th.

And in a swipe at Italy's anti-euro Five Star movement headed by Beppe Grillo, he stressed that the euro was the best future for the country despite the difficulties.

"Those who say we should leave the euro and we would do better want you to believe that it is impossible to reform the institutions. Basically, they're giving up," he said.

"I, on the other hand, I say we have to start believing again in the institutions, in the possibility of changing them," he concluded.