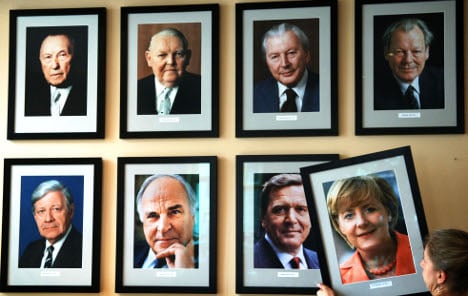 P { margin-bottom: 0.21cm; } "The media and the public want a new face at some point," Schröder told Spiegel Online in an interview published on Friday.

"But the Union have no one," said Schröder, who ruled Germany for seven years between 1998 to 2005 when he was defeated in elections by the current leader.

Merkel, who is now in her third term and ninth year in office, is two years off breaking the record set by Britain's Margaret Thatcher as the longest serving female leader in history.

"The stress while in office is really immense," said the Social Democrat veteran. If Merkel tries for a fourth term in 2017, "she will have it much harder. But she knows that," he added.

Schröder also had veiled criticism for the Chancellor's leadership style.

"Ruling demands the courage to take a risk now and then," he said, whereas waiting to see "in which direction the majority opinion will develop, doesn't work in the long run."

"Constantly following the mainstream has nothing to do with political leadership," he told the website.