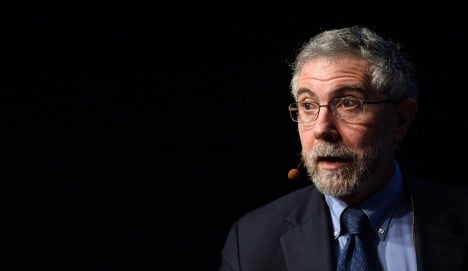 “You wonder if that’s a crisis waiting to happen,” Nobel Prize for Economics Laureate Krugman told Bloomberg News earlier this month about the Scandinavian countries' high level of household indebtedness. “I’m not sure, but it’s nervous-making.”

Krugman was not the first to express concern about the situation, the European Commission, the IMF, and OECD have all voiced similar concerns.

“You’d think that if you survived the financial crisis without major damage you’re OK, but you’re not,” Krugman added.

In a new report released on Friday, he said there were no signs of crisis triggers such as an impending interest rate hike, higher unemployment, or a tumble in prices on the property market. He argued that Sweden's low interest rates and stable economic growth instead minimized the risk of any crisis.

Pedersen also wrote that the household indebtedness levels in Sweden were actually sinking, to an approximate 165 percent of household disposable income today. That in turn, Pedersen argued, showed that the average Swede's net worth had actually risen.