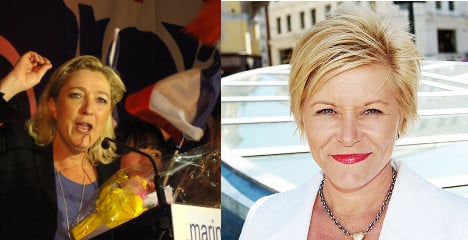 In an editorial in its latest edition, the British magazine drew comparisons between Jensen’s Progress Party and other populist parties in Europe, including the Freedom Party of Austria, Vlaams Belang of Belgium and Britain’s UKIP. It did, however, point out the huge difference between Progress and the Hungarian far-right party Jobbik.

“To the consternation of liberal Scandinavians, Norway’s nationalist-right Progress Party, which secured 16 percent of the vote at recent elections, has been welcomed into a minority government,” it wrote. It also quoted Jensen’s reference to the “rampant Islamification” of Norway.

Knut Heidar, politics professor at the University of Oslo, said that the comparison with the National Front and other European parties was problematic:

“It’s a result of crude categorisation. You put them all in the same bag and think they’re all alike. But the Progress Party is more moderate on nearly all points. This is why it’s not as controversial in Norway as it is in foreign media.”

The Progress Party was quick on Friday to distance itself from the comparison:

“To compare us to the National Front does not hold. They are a nationalist and protectionist party, while we are a liberal party,” the party’s foreign policy spokesman Kristian Norheim told Aftenposten. He said the comparison was a problem for the whole of Norwegian politics.

Asked about the comments of one of the more controversial Progress MPs, Christian Tybring-Gjedde, who compared the hijab to Ku Klux Klan hoods and has made various other comments about ‘Islamification’, Norhem said that every party “has someone who is more pointed in the way they express themselves. But that’s not sufficient reason to force a party into a box in which it doesn’t belong.”

Knut Heidar said that while the Progress Party had used rhetoric about ‘Islamification’ and is “certainly a defender of the vague concept of Norwegian culture”, these aspects were balanced by the fact that it was also in favour of accepting UN quota refugees.

“They’re really more like the Norwegian or British Conservative parties than they are like the Austrian Freedom Party, the Vlaams Bloc or the National Front,” he added.