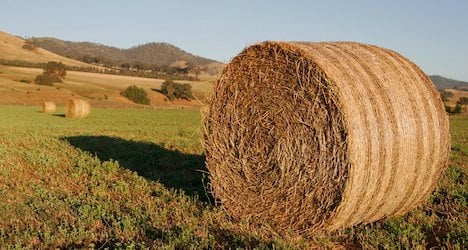 The incident, in the rural community overlooking Lake Neuchâtel, occurred around 3.30pm when the retired man was in the process of removing wood palettes from beneath a pile of large hay bales in a barn, cantonal police said.

With the help of an employee, he pulled the palettes by attaching them with a rope to a tractor, which the employee was operating.

As the tractor moved forward it dislodged the palettes, police said in a news release.

When the retiree moved to untie the rope, a stack of the hay bales shifted and fell on top of him, pinning him to the ground, according to the release.

The employee immediately used the tractor to remove one of the two bales before reporting to his employer, who called emergency services.

A doctor and ambulance attendants rushed to the scene along with a REGA rescue services helicopter but they were unable to save the man, who died on the spot from his injuries, police said.

Investigators have launched an investigation to determine the exact circumstances of the incident.