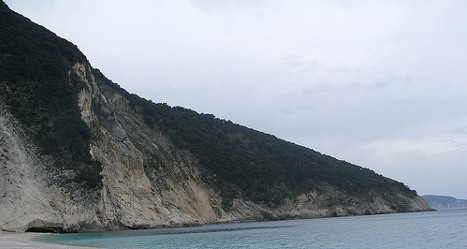 117 Italian officers were killed in a wartime massacre on the Greek island of Cephalonia. Photo: Martin Belam/Flickr.

Ninety-year-old Alfred Stork, who lives in Germany, was convicted by the military court for his role in the execution on September 24th, 1943 after the officers surrendered to German troops.

Stork had confessed to his role but military prosecutor Marco De Paolis said "he did not have the courage to maintain his admission of guilt and stayed comfortably in his home in Germany".

But De Paolis said that witness testimony had proved beyond reasonable doubt that Stork was a participant in the mass killing. Several relatives of the victims were plaintiffs in the case.

Stork was interviewed by German magistrates in 2005 and admitted he was in an execution squad that killed 73 of the officers but that evidence could not be used in court.

De Paolis said that the case had been an uphill battle because fellow German officers who are still alive would not incriminate Stork.

"There is a disgusting code of silence," he said.

The story of the massacre became the basis for the 1994 bestseller Captain Corelli's Mandolin by British writer Louis de Bernieres which revolved around Italian army captain Antonio Corelli.

The award-winning novel was later turned into a film starring Nicolas Cage and Penelope Cruz.