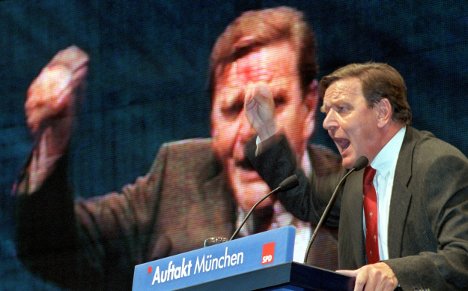 A detective working on the case told the court during in the on-going trial of suspected gang member Beate Zschäpe, she had evidence to suggest the NSU terror cell was planning to target the former Chancellor, the Welt newspaper said.

The detective, named only by the paper as Ellen H., presented the Munich court a photo collage dating from 2002 showing Schröder behind bars with a Jewish Star of David displayed on his chest.

Below, the gang had apparently written the words “You are the next one” in English.

Ellen H. told the court she had uncovered the collage – which she said proved there had once been a plot to assassinate Schröder – while searching through a hard drive from the wreckage of the gang’s flat.

Zschäpe is thought to have attempted to destroy all evidence by setting fire to the gang’s home in Zwickau shortly after her two accomplices Uwe Böhnhardt and Uwe Mundlos committed suicide in November 2011.