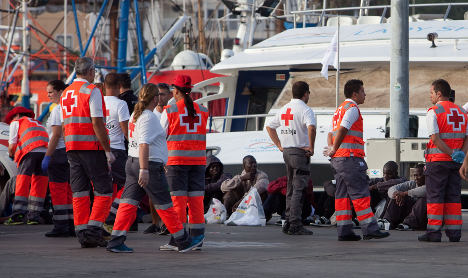 Off the Canary island of Tenerife 26 migrants were rescued, some of them apparently after two weeks at sea, the Red Cross told AFP.

"Various circumstances, like the situation in the Sahel region and Arab countries as well as the fight against (clandestine) immigration to Spain across the Atlantic, have changed the flow of refugees these past months and years," the police chief of Spain's North African enclave Melilla, Abdelmalik El Barkani, said earlier this year.

On Saturday, 47 migrants travelling on three boats were also rescued from the Mediterranean and taken to the town of Almeria in southern Spain.

Thirty-nine others were transferred to Ceuta, also on the north African coast.