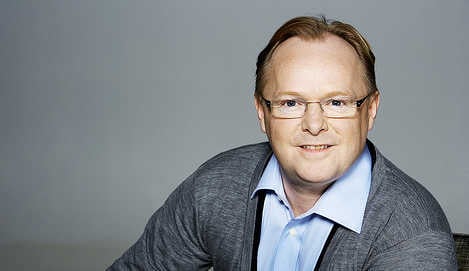 Per Sandberg - Progress Party
The party's deputy leader Per Sandberg will today present a paper in which the party promises to reduce the number of immigrants from countries outside Europe to 14,600 from today's 35,000 a year.
He also plans to cut the number of asylum applications accepted from 5,200 to 1,800, and the number of immigrants coming to Norway to join family members from 12,500 people to 2,800.
"I will ask the other conservative parties to look at my calculations," Sandberg said as he unveiled the figures. "Immigration is one of the biggest economic challenges our country faces."
Sandberg, who is more outspokenly anti-immigrant than the party's leader Siv Jensen, complained earlier in the election that the media falsely treated his party as xenophobic.
“For more than 30 years, journalists and political opponents have been saying that the Progress Party is xenophobic, that we have a perspective on humanity, we hate immigrants. I understand very well that young people walk around and believe this,” he said at a hustings in Arendal.
The party, the most right-wing of Norway's main parties, could possibly be elected to government for the first time in its history in the coming election, if it forms a coalition with the country's Conservatives.
This would mark a rebound from the dark days of 2011, when the twin attacks of Anders Behring Breivik, a former party member, reduced the party's support from from close to 25 percent of the electorate down to around ten per cent. Latest polls put the party's support at close to 15 per cent.
Last week's pledge from the Liberal and Christian Democrat leaders that they would not join a coalition which included the Progress Party, however, could leave Conservative leader Erna Solberg with a choice between two coalitions, one centrist, and one more right-wing.