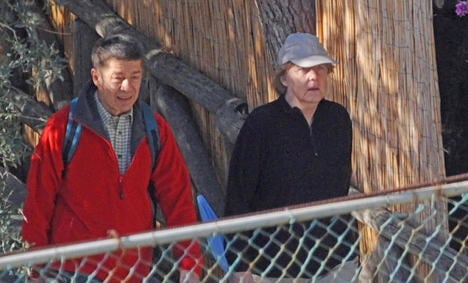 Photo: DPA. Angela Merkel on holiday in Italy in 2012.

With six weeks to go before polling day, lots of top politicians have gone on holiday, leaving the election trail cold, The Local found after ringing around offices from political parties.

Enjoying a week off so close to polling day would be unthinkable for politicians in the US or UK, but for the Germans it is a normal part of the summer routine – election or no election.

Yet it seems accepted here and Malte Lehming, a journalist at Berlin daily newspaper Der Tagesspiegel and contributor to The Local, said politicians were right to go away and recuperate even in the midst of an election battle.

He said: “They have a demanding job, especially the chancellor. Hopefully, the more recuperated they are, the better they will work. Workaholics in an election campaign? No thanks.”

To politicians in other countries, the idea of sitting on a beach during an election stands in stark contrast to the run-ups to their polling days.

Norman Lamb an MP for the British Liberal Democrats and a health minister in the government told The Local that six weeks prior to election day was a hectic time in the campaigns he had fought. “It is a frantic period,” he said. “Normally we would be doing our day jobs as a constituency MP and ministerial duties. We would be at the heart of the campaign. The build-up starts months before.”

Chancellor Angela Merkel is currently on holiday in Italy, but one politician who has stayed at home, unable to waste a day of campaigning, is the main opposition leader Peer Steinbrück.

His party, the Social Democrats (SPD), sits at 23 percent in the latest polls – 17 points behind Merkel’s CDU/CSU – prompting a non-stop tour of the country which started in Hamburg on Thursday night.

He launched the tour by attacking Merkel. “I’m appealing to everyone who still has plans for this country,” he told a crowd of 2,500 supporters.

What do you think? Should politicians take holidays during an election campaign? Leave your comments below.