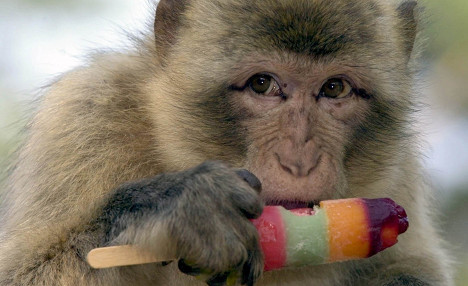 Paul was part of a trio of Barbary monkeys that escaped from the Thüringia monkey park in July. He and his two accomplices, Richard and Frank, were driven out by alpha-male and notorious bully Cornelius.

But after Richard and Frank were caught in a nearby town, Paul was on his own. Keeper Silvio Dietzel has been on the trail since the break-out.

He set up a pile of walnuts on a tree stump in Helbetal, where he knew the monkey was lurking. The trick worked, Dietzel told the Bild newspaper: “Paul was so engrossed in his food that he didn’t notice me at all.”

It was at that point that he shot the four-year-old Barbary with a sedative dart, before taking him back to the monkey park.

Like his partners in crime, Paul now faces castration. “Without testicles, Paul will be calmer,” said Dietzel. It also means that they will pose less of a threat to Cornelius.