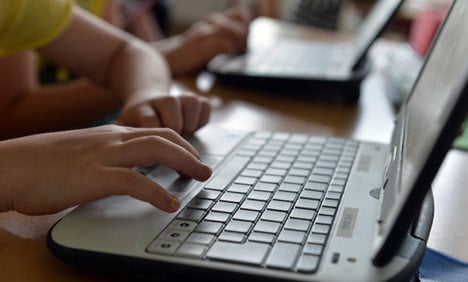 Member states, she said, must introduce “a common framework for the passing on of information,” adding that EU-wide regulation was an “important first step.”

“High German data protection standards should be the rule. US companies

that do not uphold these standards should be banned from the European market.”

In a separate interview with the Saarbrücker Zeitung on Monday, Renate Künast, chairwoman of the Green Party parliamentary group , called for Germany to display more confidence in its dealings with the United States. She also called for data protection to be a deciding factor in negotiating a free trade agreement between the United States and the EU.

Germany should, according to Künast, offer NSA whistleblower Edward Snowden asylum and put him on a witness protection programme. “That’s why we need a chancellor who – instead of just running after the USA deferentially – sets clear boundaries,” she told the paper.

Opposition demands for the government to outline the nature of German co-operation with US intelligence agencies have so far not been met. “Chief of staff Ronald Pofalla and Angela Merkel are covering up one of the biggest ever data protection scandals,” she told the paper.

The Green Party also wants the constitutionality of NSA spying programmes like XKeyscore to be investigated.

But Hans-Jürgen Papier, the former president of Germany’s Federal Constitutional Court, has defended the policies of the CDU-led government. While the government “has a fundamental responsibility to protects citizens from intervention from foreign powers .. it could only meet those obligations within the limits of the law,” he told the Welt newspaper.

He also warned that governments were increasingly faced with situations where the freedom of their citizens was coming under threat from foreign governments and against which there was nothing much that could be done.