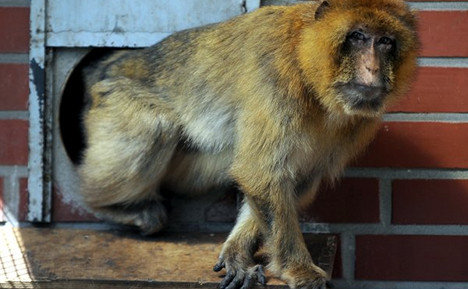 Cornelius, the 17-year-old alpha-male Barbary monkey at the Thüringia Monkey Park is known around the enclosure as a bit of a bruiser. Jealous, prone to biting and self-confident, he has been making life tough for the other males in the group Richard, six, and Paul and Fred, both four.

Bullying hit a high point last week, with Cornelius being so aggressive, the trio scaled the 2.5-metre electrified fence surrounding their enclosure, and run away, Bild newspaper reported on Thursday.

Richard, the fattest monkey of the gang, was caught by senior keeper Silvio Dietzel on the same day. He was perhaps, far more conspicuous and a little slower on his feet than the others.

Slightly more fleet-footed Fred was snapped up five days later, cowering four kilometres from the zoo. Keepers castrated them within an hour of catching them, in the hope of avoiding further scraps back in the enclosure.

“It was for their own good,” Dietzel told the paper, remaining firm that it “wasn’t a punishment!”

Chopping off their manly monkey parts meant “they produce fewer hormones and are calmer. This means they will pose less competition to Cornelius,” said Dietzel.

Despite being alone in the wild, the third ape Paul is keeping his distance. Keepers suspect he is somewhere in the nearby Dietenborn area, hiding.