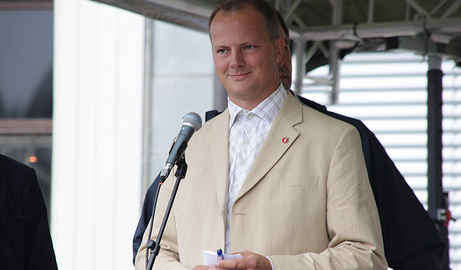 Ketil Solvik-Olsen: Naturvernforbundet
"We want more funds with slightly different mandates instead of having all the money in one big money-bag," he said. "We believe this would increase the return on oil wealth, strengthen Norwegian interests and spur competition between the various managers."
Norway's oil fund, officially called The Government Pension Fund of Norway, is worth around 4450 billion NOK, making it the largest equity fund in Europe.
He said the Progress Party would keep one large fund with the same task as today's oil fund, but would establish a separate property fund, an environment and energy technology fund, an emerging markets fund, and a more actively managed fund which would adopt hedge-fund style strategies.