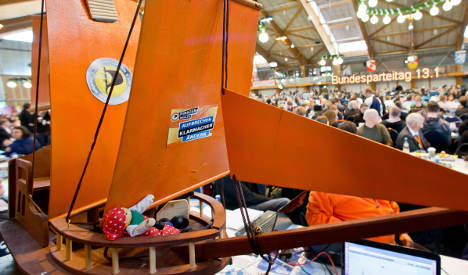 2013 has not been the German Pirates’ year, wrote Der Spiegel news magazine on Wednesday. Since mid-January, the party has barely managed to scrape two percent in opinion polls and have as such been relegated to the “Other Parties” section when results are shown.

But public outrage surrounding recent NSA spying revelations has given the Pirates a surprise tailwind – despite their conspicuous silence on the issue.

Latest figures from opinion pollsters Forsa shows the pro-privacy party has doubled its support from two percent to an almost-respectable four percent in recent weeks – the Pirate’s best showing since mid January.

Other winners – perhaps surprisingly given proven links to former Stasi members – has been the Left party, which has seen support climb one percentage point to nine percent.

Meanwhile, for all his electioneering bluster and finger-pointing, Chancellor Angela Merkel’s challenger Peer Steinbrück hasn’t succeeded in using the timing of the NSA scandal to boost support for his Social Democrats (SPD), which slid down one percentage point to 22 percent.

The SPD’s preferred coalition partners the Greens are also down one percent to 12 percent, giving them a projected total of 34 percent if they joined forces.

This would not be enough to challenge Merkel’s ruling conservatives (CDU/CSU), currently sitting pretty – despite the scandal – at 41 percent.