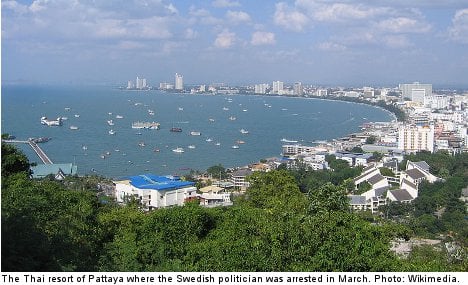 “I expect a conviction in the case,” prosecutor Barbro Brännlund told journalists on

Former Moderate Party politician Annétthe Zettergren, 58, has been charged with two counts of aggravated fraud. Zettergren has maintained her innocence in the case but admitted on Tuesday to some erroneous invoices, Brännlund said.

The first charge relates to a period spent serving on the Värmland County Council. Zettergren also ran a physical therapy clinic that investigators believe she used to send fraudulent invoices to the county council to the tune of 4.5 million kronor ($695,000).

The second charge relates to the allegation that she stole up to a million kronor from her partner’s bank account before disappearing and fleeing to Thailand in September 2012.

The preliminary investigation runs to 3,800 pages and includes interviews with some 200 people, many of whom are claimed to have been patients.

The scandal emerged after a report in the local Nya Wermlands-Tidningen that revealed that Zettergren was the highest paid physical therapist in the county.

The report led to a county council investigation and on June 29th 2012 Zettergren left all of her positions of responsibility within the county. During her long service she has served on the Värmland County Council, the board of a regional development body and the local police board.

The county council reported the matter to the police on August 22nd and Zettergren disappeared a month later. A warrant for her arrest was issued shortly after.

After almost six months on the run, Swedish police were able to track her down and Thai police were able to catch up with her and make an arrest in the resort of Pattaya on March 22nd 2013. After a week in a Thai prison, Zettergren was deported back to Sweden.

Zettergren’s nephew, also detained in Thailand in March, was charged on Wednesday on suspicion of handling stolen money.