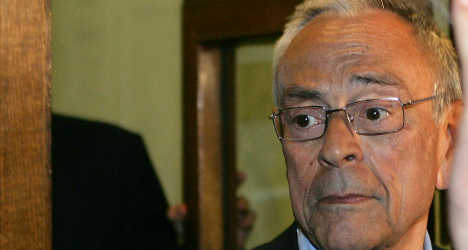 “This is the first decision regarding Wikipedia in Italy and even though we were confident that under Italian law Wikipedia is not liable for the content hosted, there were no court precedents regarding the online encyclopaedia,” Marco Berliri, a partner at the Rome office of international law firm Hogan Lovells, told The Local.

Berliri, who represented the Wikimedia Foundation with colleagues and the organisation’s in-house lawyer, also heads the firm’s Commercial Law and Technology, Media and Communications group in Italy.

The case was filed by Previti in January, claiming that parts of the article published about him on the Italian-language Wikipedia website were inaccurate and defamatory. He described the online entry as “pseudo-journalistic gossip fed by totally unreliable people”.

Berliri and his team successfully argued that Wikipedia is a hosting provider, rather than a content provider, and so it cannot be held liable for individual entries.

The decision was reached on June 20th, but was not announced by Wikipedia until June 26th.

The former defence minister, who is also a lawyer and was represented by his own law firm, was ordered to pay around €3,000 in legal fees to Wikipedia.

Berliri said he is happy that Rome’s civil court understood the way Wikipedia works, a first in Italy. “The online encyclopaedia, being an open and collaborative forum presented some peculiarities that had never been addressed in previous cases in Italy,” he said.

“Also, there is an element regarding freedom of expression which is particularly relevant in the case of Wikipedia,” said Berliri, who is sceptical of the way online media is handled in Italy.

“While Italian courts, with few exceptions, do acknowledge the role of hosting providers and their lack of liability, I am personally worried by all the attempts made by the Italian legislator to censor the Internet by imposing fines and allowing for the liability of the content host rather than the person who generates the content."

But for the time being, Wikipedia is safe to publish in Italian; Previti has 30 days to appeal the ruling.

“We hope that the decision is also confirmed in appeal, if any, and that it becomes a precedent for other claims pending against Wikimedia,” Berliri added.