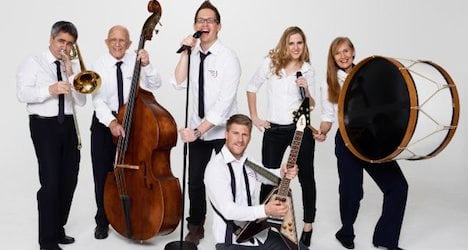 The six-member “Heilsarmee” band was greeted as a sensation by Swiss media when it was selected last December to represent the country in the televised contest after being judged the best of nine finalists.

But the group, dubbed Takasa in March after being forced to change its name to comply with competition rules, failed to survive the second semifinals despite the novelty of having the oldest musician to ever compete in the song contest.

While the four-man, two woman group initially appeared in Sally Ann uniforms in Switzerland, in Malmo they wore sobre black and white outfits.

The change was again dictated by contest regulations, which ban religious or political content.

Ramsauer had vowed not to appear unless he could wear his Salvation Army uniform, although he ultimately relented.

Swiss media were taken by surprise by the group’s elimination expecting its English-language song, "You and Me" to advance to the finals on Saturday.

“Switzerland eliminated!” said the online headline in Le Matin, “against all expectations”.

Ten of 17 qualifiers on Thursday advanced to the finals, when the best song from 26 nations will be voted on.

The last time Switzerland reached the Eurovision Song Contest finals was in 2011 when Anna Rossinelli carried the country’s hopes.

However, she finished last.

Switzerland hosted the first Eurovision contest in 1956, when it won the competition, which is organized by the Swiss-based European Broadcasting Union.

The Swiss won for only a second time in 1988, when Quebec singer Céline Dion represented the country. 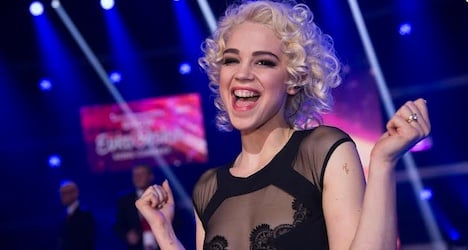