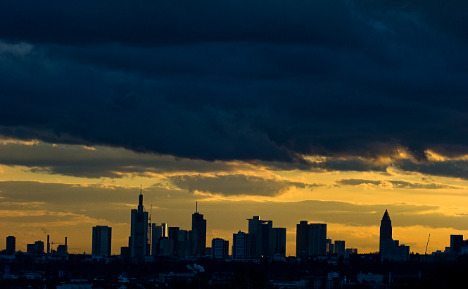 Such schemes would reimburse depositors by a limited amount of their funds if a bank failed – a measure meant to boost confidence and prevent bank runs.

Merkel said she opposed a Europe-wide guarantee “at least for the foreseeable future,” according to a summary of her speech to bankers made available by event organisers.

Germany, Europe’s biggest economy and the main EU paymaster, worries that such a guarantee could leave its taxpayers with the bill for reckless lending by foreign banks.

The 17-member eurozone has decided to establish a banking union to help countries tackle problems with troubled banks. Under the plan, the European Central Bank will supervise more than 5,000 banks from July 2014.

Other proposed steps include a uniform process for winding down banks, and a regional deposit guarantee system that effectively spreads the risk between member countries.

On Wednesday, German central bank president and ECB board member Jens Weidmann also rejected plans for a eurozone-wide guarantee as “not sensible.”