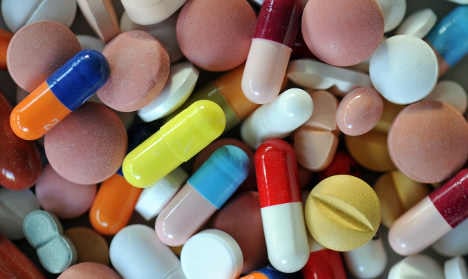 The Diagnostic and Statistical Manual of Mental Disorders (DSM) classifies illnesses and is used by medical professionals for diagnosing health problems and prescribing treatment. Along with the International Statistical Classification of Diseases and Related Health Problems (ICD), the manual is the official go-to guide for doctors around the world.

A team of professionals, which includes German doctors, is preparing to release an updated version of the manual (DSM V). Among the new illnesses listed is “Affective Dysregulation,” which describes young children who regularly attract attention with behavioural outbursts. Declining memory as a result of ageing is listed as a subcategory of “Minor Neurocognitive Disorder.”

While doctors in Germany use the ICD guide, which follows guidelines from the World Health Organization, some believe the upcoming updated version (ICD 11) could take the American DSM as its framework. Rainer Richter, president of the Federal Association of Psychotherapists said “We must keep close track of these developments, especially when it comes to creating a version that’s valid in Germany.”

The German Society for Psychiatry, Psychotherapy and Nuerology (DGPPN) has called for the number of diagnoses “not to be increased with new, slighter disorders for which there are no treatments.” The group warned that this could lead to a “medicalization of society’s problems” and also to the neglect of people with serious psychiatric illnesses.

It did however acknowledge that DSM V contains some necessary adjustments which “should not be rejected outright.”

HEALTH
WHO warns ‘high’ risk of monkeypox in Europe as it declares health emergency
Url copied to clipboard!