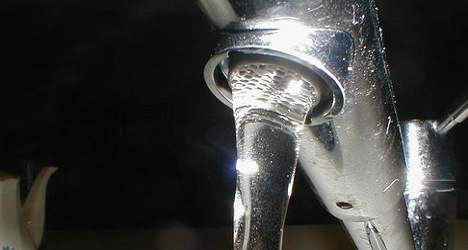 The head-strong worker was fired by his bosses at Veolia Eau (Veolia Water) in the town of Avignon this month after reportedly having refused to cut off the water at homes belonging to disadvantaged families, since 2006.

The man, named in the French media only as Mark, had been employed at Veolia for 20 years but was handed his dismissal letter on April 4th for his “refusal to implement the cut-offs following the non-payment of bills”.

Justifying his actions, the rebel employee told Europe1 radio: “I saw people who had nothing, living with their children, who begged me not to cut off the water supply and to give them a little more time to pay up.

“It could happen to anyone. You have to make a choice – either feed the children or pay the bills. These big companies pocket the money and redistribute it to their shareholders, without looking after their clients or employees. It’s scandalous,” the sacked employee added.

The socially conscious worker is being supported by the CGT trade union.

“Psychologically, he just couldn't bring himself to cut the water off. He preferred to negotiate with the families and advise them what to do,” said Thierry Lapoire from CGT.

According to the unions, around 1000 families have benefited from his refusal to cut off the water.

For their part, Veolia insist that it was not poor families that benefited from the altruistic actions of the employer, just those who did not pay up on time.

“The families in difficulty can contact social services, which under law can pay for all or part of the bills,” said Veolia’s Bruno Challion.