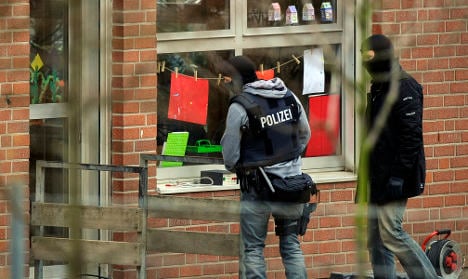 Police in Cologne ended a 10-hour hostage situation on Friday by shooting the suspect in the shoulder. The man entered a kindergarten and trapped the director.

Children and their caretakers were in the daycare on Friday but were able to escape unharmed. The centre’s director was freed on Friday evening after the stand off, which involved numerous law enforcement authorities, including specially trained forces, ended.

Normally 85 children attend the centre in the problem neighbourhood of Cologne Chorweiler. But due to the Easter holidays there were only 17 there on Friday.

The first call for help came at 8:50am, informing police that there was a loud argument going on at the school. The suspect wanted a get away car and cash, a police spokesperson later said.

Finally during the evening the police stormed the building. The hostage taker was hit with a bullet to his shoulder and was taken into custody.

No immediate information as to the hostage taker’s motive was available.