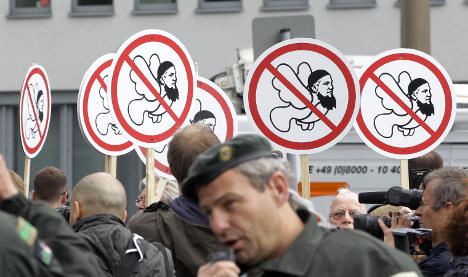 People born after 1981 in the formerly communist eastern half of Germany are as anti-foreigner as those born before 1930 in the west, researchers at Leipzig University discovered after spending ten years asking people about their views, weekly newspaper Die Zeit reported on Tuesday.

More than 31 percent of younger eastern and elderly western Germans could be said to be xenophobic, they concluded.

The team of sociologist Johannes Kiess and psychologists Oliver Decker and Elmar Brähler asked 18 questions to tease out the level of xenophobia of their subjects. They asked about support for right-wing authoritarian dictatorships, whether Jews were “too influential,” how important a national feeling is, and whether the Nazi era had its good aspects.

“Our thesis that xenophobia is the gateway drug has been clearly confirmed,” said Brähler. He and the team had published findings every two years, but their latest publication pulled ten years of work together.

Regardless of age, 23 percent of people in the west, and 32 percent in the east agreed with xenophobic statements. Yet anti-Semitism seemed to be distributed the other way around, with nearly one in ten of westerners tending towards that particular brand of hatred, and only one in sixteen in the east.

Nearly ten percent of western Germans born before 1950 could be said to have clearly extreme-right attitudes. This share rose to 16 percent for western Germans born before 1930. In eastern Germany around ten percent of those born since 1971 could be described in this way – with men clearly over represented. The worst groups were the oldest in the west and the youngest in the east, with xenophobia rates of more than 30 percent.

Decker said these figures were “the results of an authoritarian socialization”, referring to the Nazi dictatorship and the collapse of the East German communist regime.

“The collapse of societies which have integrated their members in an authoritarian fashion leads to authoritarian aggression,” he said.

The study suggests that centre of society is not immune to becoming a threat to democratic life and that democracy is “not always on a stable base”. The stark warning issued by the researchers was that if things get bad for the majority of a society, democracy loses its power to keep people integrated.