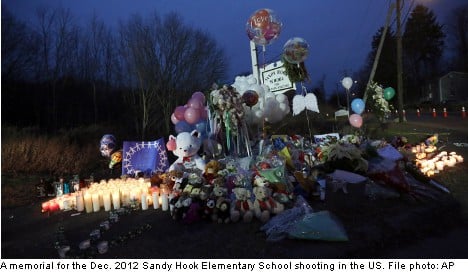 “Many people have access to hunting weapons, even if you can’t go to just any store and buy a gun, access to them is nevertheless pretty wide,” MSB risk analyst Magnus Winehal told the Dagens Nyheter (DN) newspaper.

In a report looking at Sweden’s capacity to deal with a number of possible disasters and unforeseen events, MSB concluded that there is a “high probability” of a school shooting in Sweden.

According to the agency, a school shooting is more likely than a hydropower dam bursting or a major fire on a passenger ferry.

While the agency explained that police, emergency services, and the healthcare system could likely cope with a school shooting, a massacre at a Swedish school would overwhelm local authorities.

“There would likely be too much pressure when so many students and relatives need crisis counselling,” said Winehal.

However, Sweden hasn’t experienced a school shooting since 1961 when a 17-year-old boy entered gym during a dance at a school in Kungälv in western Sweden and opened fire.

Seven students were wounded in the shooting, and one later died from his injuries.

Last week, guns were found on the roof of a school in Malmö, prompting administrators to order students to stay home for the day.

An investigation revealed the weapons were legally purchased, but had been stolen from the owner several years ago.

Police have classified the incident as a suspected case of preparing to commit murder, allowing them broader investigative powers.

While they have few clues as to who may have placed the weapons at the school, police say one scenario they are investigating is that the guns were meant to be used in a school shooting.