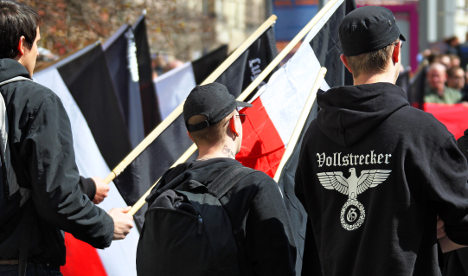 Roland Berger said east German far-right extremism was scaring off the immigrants who were desperately needed to boost the struggling economy.

Everything else was in place. “There is only one thing standing in its way,” the 75-year-old consultant told Thursday’s Die Zeit weekly newspaper.

“He who sees neo-Nazis marching through eastern Germany towns twice a week does not usually want to move there. And what should a migrant think?”

The fight against the far-right could only be won if culture in the east was given priority and hugely expanded, Berger said.

“One has to create other options. One must bring culture in the east to a shine.”

The eastern states had beautiful old towns, but even in Weimar, historically a cultural centre, had “hardly any modern art and music,” he said.

He said a city like Weimar needed “top class tourism managers with a suitable budget,” and “more top class hotels.” He said only then would demanding culture vultures be persuaded to stay for a few days.

The support of culture and education was also a fight against extremism, he said.

Roland Berger Strategy Consultants, which Berger founded in 1967, recently published a study which caused consternation by recommending that the former eastern German states needed €1 billion in investments to bring them up to western levels.