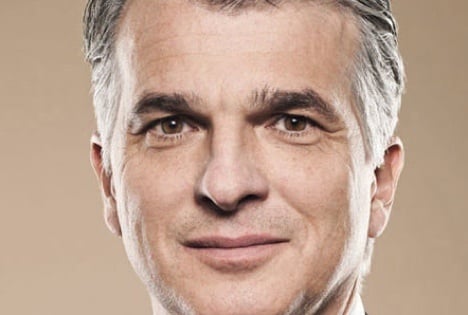 The investigations by Swiss, British and US regulators revealed evidence of massive misconduct in the setting of the Libor rate, a global reference that
affects products from student loans to mortgages.

Two former UBS traders were also charged with conspiracy by US authorities.

UBS said that the settlement, equivalent to almost 1.2 billion euros, would likely push it into a net loss of between 2.0-2.5 billion francs ($2.2-$2.7 billion) in the fourth quarter.

The Libor rate is used as a benchmark for global financial contracts worth about $300 trillion, and revelations that it had been rigged have harmed the reputation of the City of London financial centre, though the misconduct is alleged to have occurred elsewhere as well.

"During the course of these investigations, we discovered behaviour of certain employees that is unacceptable," UBS chief executive Sergio Ermotti said in the statement.

"Their misconduct does not reflect the values of UBS nor the high ethical standards to which we hold every employee."

UBS said it would pay £160 million ($260 million) to the UK Financial Services Authority, 59 million francs ($64 million) to the Swiss Financial Market Supervisory Authority (FINMA) and $1.2 billion to the US Department of Justice and the Commodity Futures Trading Commission (CFTC).

The UBS fine is the second biggest to hit a bank, after HSBC paid $1.92 billion earlier this month to US authorities to settle allegations of money
laundering.

UBS will pay more than three times the amount of a settlement reached in June with British bank Barclays, one of the many banks investigated.

Barclays cut a £290-million deal with British and US regulators in June.

Several other banks are reportedly in talks with regulators as well, including Royal Bank of Scotland and Deutsche Bank.

RBS has said it expects to pay a fine, which press reports have put at £350 million.

Last week, British regulators made the first three arrests in the scandal, and the United States has now charged two former UBS traders as well.

The implicated individuals in the US were identified as Tom Alexander William Hayes, a 33-year-old Briton and 41-year-old Roger Darin of Switzerland.

"They defrauded the company's counterparties of millions of dollars. And they did so primarily to reap increased profits, and secure bigger bonuses, for themselves," Holder said.

Hayes has also been charged with wire fraud and an antitrust violation.

UBS was the first bank to reveal problems in the rate-setting process of the Libor, an acronym for London Interbank Offered Rate, which is compiled by selected banks that provide information on the rates they offer to other banks.

Regulators found UBS employees had manipulated the information to benefit the bank's trading position and influence the image of UBS's creditworthiness during the 2007-2008 financial crisis.

The FSA found records of more than 2,000 requests to manipulate Libor information, such as some that were discussed by e-mail and via internal communications networks and thus widely known.

It released excerpts, such as one trader asking for a high rate from another called "Superman" and exhorting him to "be a hero today."

In another exchange, a trader promises that in exchange for an unchanged rate: "I will fucking do one humongous deal with you . . . Like a 50,000 buck
(dollar) deal."

Switzerland's FINMA said most of the manipulation requests were made by a trader in Tokyo, who contacted employees at other banks and independent brokers to try to influence their Libor submissions.

UBS said its Japanese subsidiary would plead guilty to one count of wire fraud.

The FSA found that at least 45 individuals including senior UBS managers were involved in or aware of the attempts to influence Libor.

The FSA's director of enforcement, Tracey McDermott, said in a statement that UBS had showed "a total disregard for the millions of market participants
around the world who were also affected by Libor."

The Swiss regulator meanwhile said that it found no indication that top UBS executives were aware of the misconduct.

Joe Rundle, head of trading at brokerage ETX Capital, said "this level of careless and excessive risk taking is a major blow for the banking industry" following other scandals and banks needing state bailouts during the financial crisis.

Britain has moved to fix Libor, with the FSA recommending a "complete overhaul" that would strip the British Bankers' Association of its role in setting the rates.

UBS's share price closed with a loss of 0.33 percent, while the Swiss Market Index (SMI) on which it is listed was 0.71 percent higher overall.