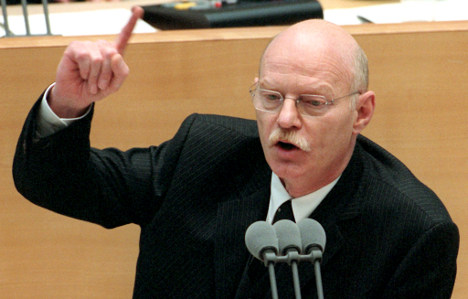 The cause of death was a heart attack, a family spokesman said.

The sharp-tongued Social Democrat (SPD), an avid motorcyclist, served from 2002 to 2005 under then chancellor Gerhard Schröder and famously defended the country’s unpopular engagement in Afghanistan with the words that “Germany’s security is also being defended in the Hindu Kush”.

Germany has the third largest contingent in the NATO-led operation behind the United States and Britain.

But he was equally adamant, along with Schröder, in opposing any German involvement in the 2003 US-led invasion of Iraq, warning that the war was unjustified and risked destabilising the entire region.

Struck was the powerful head of the SPD’s parliamentary group under Schröder from 1998 to 2002 and later under Chancellor Angela Merkel from 2005 to 2009.

Dogged by health problems, he left politics in 2009 and became the head of the Friedrich Ebert political foundation which has close ties to the Social Democrats.