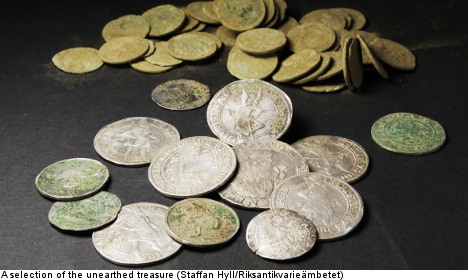 “This is quite extraordinary,” Bo Friman, archaeologist at the Swedish National Heritage Board (Riksantikvarieämbetet), told Sveriges Television (SVT).

“We were so focused that we forget to stop for food.”

With the help of metal detectors and spades, archaeologists in Helsingborg pulled up a total of 1,150 silver coins – what they consider to be a record haul for the area.

Friman and a colleague were carrying out archaeological research into the site of a former settlement, Todarp.

“There are 70 or so such treasures that were buried in Skåne during the Scanian War. Most are not as big as this one. The usual interpretation is that it was rich farmers who buried them during the war, then died, and couldn’t dig them up again,” said archaeologist Kennet Stark, who was also on the scene.

Musket bullets were also found in the vicinity.

“This shows that there have been soldiers fighting here. Several of the bullets are flattened and you can clearly see they have been fired and have made contact,” Stark told SVT.

The coins come from both Denmark and Sweden, and were most likely buried between 1676-1679 when the Skanian war was fought between the two countries. 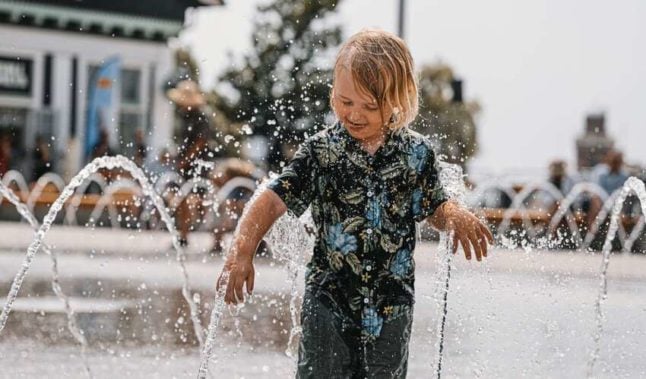 PARTNER CONTENT
A small, innovative city in southern Sweden is steering the world towards a much greener – and brighter – future
Url copied to clipboard!