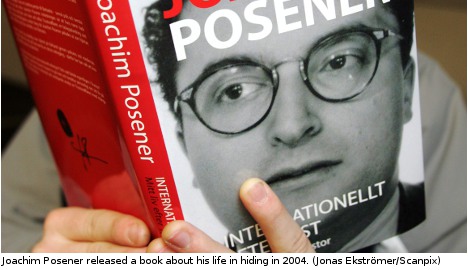 Assets belonging to Sweden’s "most wanted man" have been found in a European tax haven, as the Swedish bankruptcy administrator for the infamous Trustor investment scandal continues his pursuit of missing funds.

The 3.2 million kronor ($480,000) found in a bank account in Jersey will go to paying back the Swedish state, which stepped in to cover part of the fallout when Trustor went bankrupt.

Joachim Posener, referred to in the Swedish press as Sweden’s “most wanted man”, stood accused of transferring 620 million kronor from the company to a foreign bank account in the mid-1990s.

He then disappeared, only resurfacing over a decade later.

The suspected crimes that he was being investigated for have now passed their statute of limitations.

Posener was thought to have escaped with 46 million of the 600 million kronor ($89 million) stolen from investment company Trustor in 1997.

An international warrant for his arrest was issued the same year.

Two of Posener’s colleagues were arrested at the time. Peter Mattsson was released but Thomas Jisander was sentenced to 18 months in prison for embezzlement.

The long list of agencies looking for Posener included the Swedish Economic Crime Authority (Ekobrottsmyndigheten) and the Enforcement Agency (Kronofogden), as well as the bankruptcy administrators.

The current administrator, Hans Renman, finally found the Jersey account after a tip-off from his predecessor.

“I think it was worth the effort. The money we will recover is far more than what we spent on finding it,” Renman told DI.

After Posener emerged in 2009, it was revealed he had been living in Spain, Brazil, Israel and Argentina during the years that he was wanted for questioning.

The Trustor affair stems from a 1997 transaction involving British businessman Lord Moyne, who illegally bought a majority stake in Trustor by financing the purchase with Trustor’s own money.

Shortly afterwards, it became clear that the company had been subject to major fraud.

Lord Moyne, a writer and son of the well-known British aristocrat Diana Mitford, was cleared of any wrongdoing.

In 2004, a court ordered Posener to repay 125 million kronor to Trustor. The case was tried in his absence, and attempts to find out where he was hiding were unsuccessful. 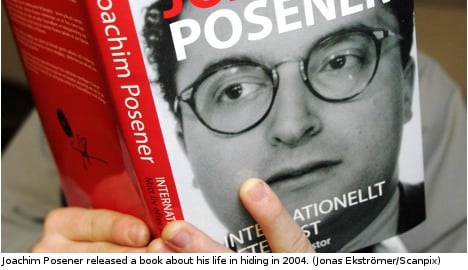 Sweden’s ‘most wanted’ heads for bankruptcy