A teacher in Lunel in southern France took the wheel of a school bus on Monday as it careered onto the pavement after the driver fell unconscious.

The bus was transporting school children in Lunel when it suddenly left the road in front of Ambrussum college, according to a report in the Midi Libre daily.

"When she lost control she went up on the curb and collided with seven protective poles," a police officer told the newspaper.

A tragedy was however narrowly avoided when a physical education teacher acted swiftly to take control of the bus.

Jean Clementine at the the national parents organization FCPE praised the courage and actions of the teacher, while underlining that the accident should not be taken lightly.

"This was a real safety issue, as can be seen by the use of these protective poles, which are more there for decoration," he said.

According to the newspaper the driver is reported to have suffered a vasovagal episode – a malaise caused by the vagus nerve and which can lead to unconsciousness. 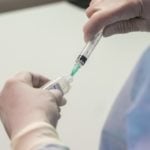 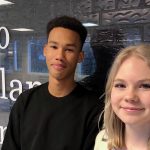