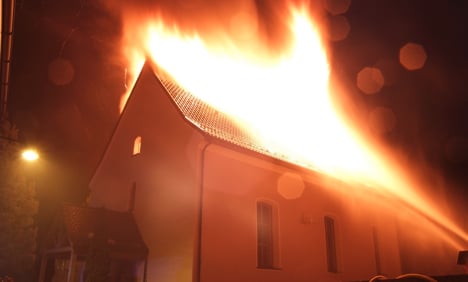 
A fire has gutted a historic church in the mountain village of Valens in the canton of Saint Gallen.

Residents reported the roof of the parish church of St. Philip and St. James on fire at around 11pm on Wednesday, cantonal police said on Thursday.

A total of 60 fire fighters from Bad Ragaz, Tamina and Pizol arrived to battle the blaze, police said.

Investigators were unable to provide a precise estimate of the damage to the Catholic church other than to say it was extensive.

According to witnesses, the fire was first spotted near the chimney of the building, police said.

The church is a landmark in the community of 400, located not far from the castle ruins of a former Benedictine abbey in Pfäffers.

The forensic service of the Saint Gallen cantonal police force has launched an investigation into the cause of the fire.