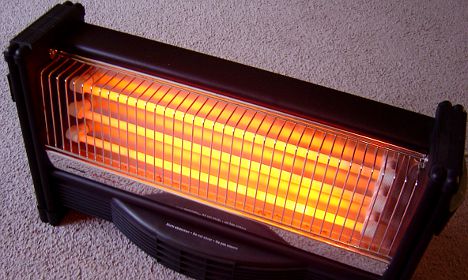 Members of the lower house of parliament voted on Monday in favour of the plan, earlier recommended by an environment committee.

The proposal, which is subject to approval by the senate, would require the replacement of electrical heating systems, regarded as energy guzzlers, with more efficient alternatives.

The federal cabinet is being asked, in conjunction with the cantons, to present a legal framework to abolish existing electric heaters.

The government has already lent its support to such a policy.

The federal energy department is examining, in the context of its 2050 energy strategy, the legislation needed to replace heaters and water heaters that rely on electricity.

Switzerland currently counts more than 250,000 electric heaters in operation, according to a report from the ATS news agency.

These consume the equivalent of the electricity produced by the Mühleberg power station, one of Switzerland’s four nuclear plants.

Last year, the government abandoned plans to replace such plants as they reach the end of their lifespan.

The last of the nuclear reactors, which currently provide almost 40 percent of the country’s energy, is scheduled to go offline in 2034.

As a result, the government is encouraging renewable energy and conservation to replace this supply.

Power-thrifty heat pumps are among the options seen for replacing electric heaters.

EDF said it had disconnected one of two reactors at Fessenheim, along the Rhine near France's eastern border with Germany and Switzerland, at 2:00 am (0100 GMT) in the first stage of the complete closure of the plant.

The second reactor is to be taken off line on June 30 but it will be several months before the two have cooled enough and the used fuel can start to be removed.

The removal of the fuel is expected to be completed by the summer of 2023 but the plant will only be fully decommissioned by 2040 at the earliest.

Shutting down Fessenheim became a key goal of anti-nuclear campaigners after the catastrophic meltdown at Fukushima in Japan in 2011.

Experts have noted that construction and safety standards at Fessenheim, brought online in 1977, fall far short of those at Fukushima, with some warning that seismic and flooding risks in the Alsace region had been underestimated.

Despite a pledge by ex-president Francois Hollande just months after Fukushima to close the plant, it was not until 2018 that President Emmanuel Macron's government gave the final green light.

France will still be left with 56 pressurised water reactors at 18 nuclear power plants — only the United States has more reactors, at 98 — generating an unmatched 70 percent of its electricity needs.

The government confirmed in January that it aims to shut down 12 more reactors nearing or exceeding their original 40-year age limit by 2035, when nuclear power should represent just 50 percent of France's energy mix.

But at the same time, EDF is racing to get its first next-generation reactor running at its Flamanville plant in 2022 — 10 years behind schedule —  and more may be in the pipeline.