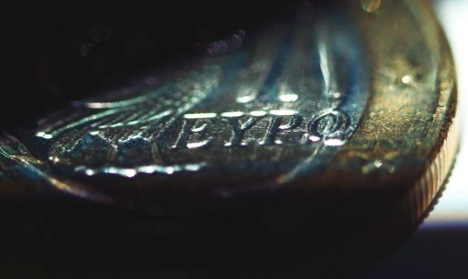 The Emnid poll for the Bild am Sonntag newspaper, showed 51 percent of Germans believed Europe’s top economy would be better outside the 17-country eurozone. Twenty-nine percent said it would be worse off.

The survey also showed that 71 percent of Germans wanted Greece to leave the euro if it did not live up to its austerity promises.

Economy Minister Philipp Rösler told Bild am Sonntag there were “considerable doubts whether Greece is living up to its reform promises.”

“The implementation (of the reforms) is faltering. There is still no functioning tax office. Also, almost nothing has happened in terms of the promised privatisation of public assets,” Rösler told the paper.

He added: “If Greece does not fulfil its obligations, there can be no more money. Then Greece would be insolvent.”

Rösler and his Free Democratic Party – junior partners in Germany’s ruling coalition – have frequently expressed doubts about whether Greece is prepared to follow through with the painful reforms necessary to retain the single currency.

Debt-wracked Greece is under immense pressure to carry out a structural reform programme, part of a package worth billions of euros that have been keeping its economy afloat since 2010.

International auditors are currently in Greece, assessing the government’s progress towards reforms seen as essential to get the country back on its feet.

The audit report will determine whether Greece will receive the next tranche of €31.5 billion from its aid programme that it needs to keep the economy running.

Finance Minister Wolfgang Schäuble reiterated Berlin’s line that the reforms must be carried out to the letter.

“The aid programme is already very accommodating. I do not see room for further concessions,” the minister told the Welt am Sonntag newspaper in an interview.

However, the head of the country’s chambers of commerce called for an end of the debate about Greece’s continued membership of the euro.

“We think it is wrong that, in Germany for example, there is a daily discussion about whether Greece should leave the euro,” said Martin Wansleben.

“That’s not our business. It’s up to the Greeks to decide,” he stressed.