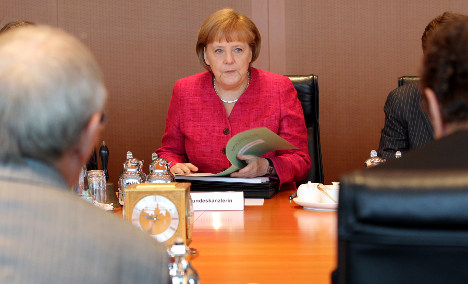 “We have of course not yet organised the European project in such a way that we can be sure it will work, work well. That means we need to keep working on this. We have much to do, but I am optimistic that we will succeed,” she said.

Speaking in an interview posted on the website of her conservative Christian Democratic Union on Wednesday, Merkel added Germany could only do well economically when its European partners were prospering.

“Therefore we are working so hard to overcome the debt crisis and the competitiveness crisis,” she said.

Merkel added that Germans largely shared the “fundamental principles” that she operated under, namely “no solidarity without corresponding effort and no guarantees without control”.

“This encourages me to continue with these principles when we are trying to shape the future of Europe,” said the chancellor.

Recent polls have shown that Merkel remains one of Germany’s most popular politicians and that the German people broadly approve of her crisis-fighting strategy.

German MPs are to vote on a €100 billion aid package for Spanish banks, which she is expected to win although a handful of her own party’s deputies are likely to rebel.

German Finance Minister Wolfgang Schäuble said in a separate interview on the government’s YouTube channel he was “certain that Spain would live up to its commitments.”

“Spain must commit itself not only to recapitalise its banks but also to restructure them. That is the special programme for the Spanish banks,” he added.

He recalled that the aid would go to the government in Madrid, which would then use it to pump in money to the banks, but that the Spanish authorities were themselves responsible for the loan.

Merkel is also under pressure from the country’s top court, which will rule in September on whether two of the eurozone’s main crisis-fighting tools – the fiscal pact and the European Stability Mechanism bailout fund – can be signed into law in Germany.

The €500 billion ESM, designed to come to the aid of crisis-wracked eurozone nations, was supposed to come into force on July 1, but has been held up by legal difficulties in Germany and delays in other countries.

Germany, Europe’s top economy, must ratify the ESM before it can come into being. Until then, the eurozone’s temporary fund, the EFSF, remains as the bloc’s rescue shield.