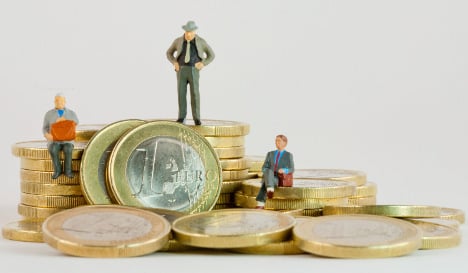 
The number of people working without an employer in Germany has risen to a record high, according to new figures which come with a claim that freelancers and the self-employed generate 10 percent of Germany's GDP.

New statistics from the association of freelancers (BFB), published in financial daily Handelsblatt on Friday, show the number of German freelancers increased by 4.3 percent in 2011 to reach 1.2 million.

This upward trend has reportedly remained unbroken during the past few years, particularly among professionals like lawyers, financial advisors and doctors.

They are also becoming increasingly important as bosses, showing a three percent rise in the number of people they employ – to reach 2.78 million.

But the BFB says this trend could hit a ceiling if conditions are not made easier. “In particular, they should make it easier for self-employed to look for employees overseas,” said BFB President Rolf Koschorrek. “Employers and employees who want to work together need un-bureaucratic and direct support.”

He said potential foreign employees could be offered loans of up to €25,000 to off-set the costs of moving homes and language lessons.

He also said that accelerating Germany’s energy transition would generate opportunities for new enterprises to offer more jobs. “Whether it’s technically … or in advisory roles, the free professions will fulfil their special responsibilities in the field of energy efficiency and energy supply through high-quality performance,” said Koschorrek.

He also added that young people should also be encouraged to go into freelance professions from an earlier age. “In school at the latest, the next generation should be told about the opportunities in freelance work without being handed down prejudices,” he said. He said freelancing was “indispensable” for a dynamic development of the economy.