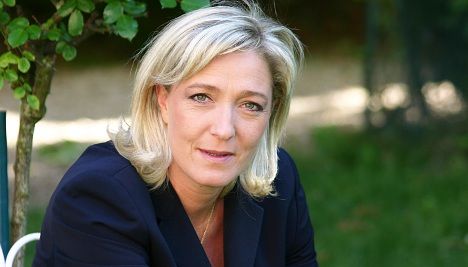 “It’s fake propaganda and it could cost her the election because it’s illegal to distribute fake pamphlets in France,” says Jean-Luc Melenchon. Melenchon and le Pen are both campaining for the same constituency Henin-Beaumont in the north of France ahead of parliamentary elections this month.

On Tuesday, National Front supporters were caught distributing fake pamphlets calling on voters to support Melenchon. The leaflet had a photo of Melenchon and includes a quote “There is no future for France without the Arabs and Berbers of North Africa” from a political meeting in Marseille. The pamphlet also has another caption that reads “Vote Melenchon” in Arabic.

At first, the National Front denied responsibility for the pamphlets, saying friends of the party had distributed them.

But later le Pen admitted her party distributed the pamphlets. “I take responsibility for the pamphlet,” said le Pen on French TV channel Canal plus, “It’s not unfair, I was simply quoting him”.

Both Melenchon and le Pen ran for the presidential elections in May this year. 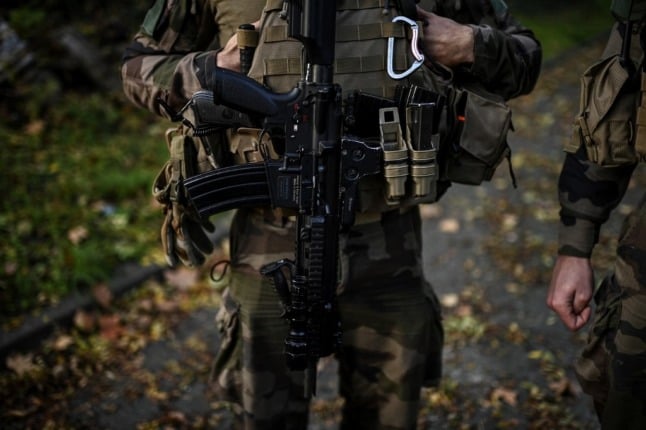 The campaign of political poison-pen letter writing by French military officers recalls other times – some surprisingly recent – that parts of the country’s army felt justified in interfering in politics.

The letters also recall efforts elsewhere, including those of Donald Trump, to encourage fear and loathing for political ends.

The two letters, published by the far-right magazine, Valeurs Actuelles, allege that France is on the verge of “disintegration” and “civil war”. They warn of military intervention and “thousands of deaths” unless President Emmanuel Macron acts to combat a rising tide of violence, radical Islam and the “hordes” in the multi-racial suburbs or banlieues.

READ ALSO: Five minutes to understand: Why a group of French generals are warning of ‘civil war’

No ideas are put forward about what might be done. The reference to “hordes”  is the kind of racist language found daily in the “fachosphère”, the phalanx of far-right blogs and fake news sites on the French-language internet.

The letters have been received with some glee by parts of the right-wing media in the UK.

They should be taken seriously for what they are: a Trump-like campaign by people close to the far-right leader Marine Le Pen to darken the already febrile mood of France 11 months before presidential elections.

They should not be taken seriously for what they say. They present an absurdly exaggerated picture of France’s genuine problems with radical Islam and other forms of violence.

In a more rational political climate, the letters would have damaged Le Pen more than Macron.

Now here she is rejoicing in letters which are stuffed with lies and racist vocabulary and which threaten, implicitly, a military coup unless something or other (no suggestions yet available) is done to fight Islamism and violent crime.

The government, initially slow to react and counter the letter’s absurd narrative, has finally started to make this point.

The Prime Minister, Jean Castex, asked: “How can people – and Madame Le Pen in particular – who aspire to run the state support an initiative which implies a revolt against the state’s institutions?”

Castex added that Le Pen had been “chasing away her true nature but it has now returned at the double”.

The retired Gendarmerie captain who wrote the first letter is no random ex-member of the military.  Jean-Pierre Fabre-Bernadac, 70, was Jean-Marie Le Pen’s chief security officer in the 1990s. He now runs a far-right website.

The lead signature was that of a former head of the Foreign Legion, General Christian Piquemal, 80, who has already been dismissed from the honorary army reserve for his involvement with racist movements.

That letter was also signed by over 100 other officers, mostly retired but some still serving. Not all of them have a known record of far-right activity. That military officers should be right-wing in their politics is unsurprising: that they should sign a letter de fact threatening a coup is disturbing.

It is difficult to know how widely their attitude is shared in a French military whose upper ranks are now increasingly female and ethnically diverse. A second letter was published last weekend which purported to have been written and signed by serving officers but no names were given.

The present military chief of staff, General François Lecointre, said both letters had “seriously transgressed against” the twin military obligations in a democracy of neutrality and silence. He invited those who had approved the second letter (if they actually exist) to leave the army and enter politics.

What is even more disturbing, in my view, is that no politician of the moderate right has made a strong attack on these letters.

They have criticised the implied threat of military intervention but happily endorsed the letter’s absurdly dark, Trumpian portrait of “Macron’s France” in 2021.

The essential argument of the letters are correct, they say. France is increasingly violent. Parts of the inner suburbs (banlieues) are “no go zones”. Patriotic values are mocked; anti-white racism is preached.

Like all great populist lies, those allegations include elements  of the truth.

France has suffered more than 30 Islamist terror attacks in the last six years. Parts of the multi-racial banlieues – how often have our generals actually visited them, one wonders? –  are  violent, crime-ridden places and have been for years.

And what of the supposed wave of violence?

IN NUMBERS Are crime rates really spiralling in France?

The figures go up and down. There is no “explosion”. The overall trend since the 1990s has been down.

The other great lie in the generals’ letter is the allegation that Macron’s response to the radical Islamist threat has been “evasion” and “guilty silence”.

Can this, be the same President Macron who is accused of “islamophobia” by parts of the French Left and racism by parts of the US media because he brought forward a new law this year to try to curb radical Islam?

READ ALSO What is in Macron’s new law to crack down on Islamist extremism?

The letters suggest that French democracy is fragile and the military may have to intervene to save it. The real threat to French  democracy comes from the letter-writers and their backers, including Madame Le Pen.

It also also comes from the self-seeking cowardice of “mainstream” politicians of the right who failed to condemn the letters for the grotesque, electoral manoeuvre that they are.