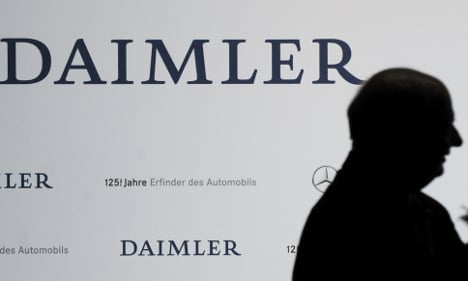 According to a report in Der Spiegel, someone on the IP address 141.113.85.93 removed the section entitled “Lobbying” from Daimler AG’s German Wikipedia article on February 22. The address was traced to a server belonging to Daimler.

The section, based on reports in Die Welt newspaper and Germany’s state broadcaster websitetagesschau.de, said that Daimler, along with German carmakers BMW and Porsche, had been awarded the “Worst EU Lobbying Award” in 2007 for a concerted campaign to “dilute and delay CO2 reduction targets.”

The article also mentioned that a senior Daimler executive had worked in the Transport Ministry during the awarding of contracts to operate Germany’s road toll system for long-haul vehicles.

A Wikipedia user with the username “Inkowik” reinstated the section, in keeping with Wikipedia’s policy of not allowing interest groups to manipulate articles.

Daimler spokesman Florian Martens insisted that the changes had not been ordered by the company. “Clearly these are independent, private changes made by employees,” he said.

His explanation was backed up by the fact that the same IP address also altered articles about “Muesli” and “Victoria of Sweden” at the same time.

The service closed in Spain in December 2014 after legislation passed requiring web platforms such as Google and Facebook to pay publishers to reproduce content from other websites, including links to their articles that describe a story’s content.

But on Tuesday the Spanish government approved a European Union copyright law that allows third-party online news platforms to negotiate directly with content providers regarding fees.

This means Google no longer has to pay a fee to Spain’s entire media industry and can instead negotiate fees with individual publishers.

Writing in a company blog post on Wednesday, Google Spain country manager Fuencisla Clemares welcomed the government move and announced that as a result “Google News will soon be available once again in Spain”.

“The new copyright law allows Spanish media outlets — big and small — to make their own decisions about how their content can be discovered and how they want to make money with that content,” she added.

“Over the coming months, we will be working with publishers to reach agreements which cover their rights under the new law.”

News outlets struggling with dwindling print subscriptions have long seethed at the failure of Google particularly to pay them a cut of the millions it makes from ads displayed alongside news stories.