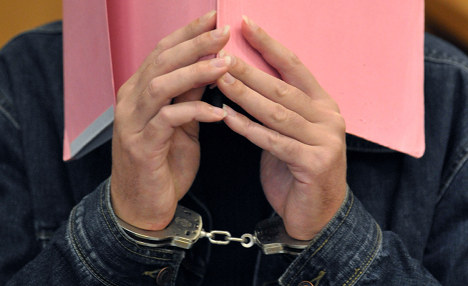 A paedophile who snuck into youth camps and boarding schools to sexually abuse dozens of boys – and murdered three of them – was jailed for life by a German court on Monday – 20 years after he first struck.

The 41 year old dubbed the ‘Masked man’ by German media because he wore a balaclava when he attacked, will not only serve the maximum sentence of 15 years, but was placed under preventative custody by the Lower Saxony judge due to what a court psychiatrist called, “pathological paedophilic tendencies.”

“What has happened is so disgusting, that words fail me,” said the judge Johannes Kiers, local broadcaster Norddeutsche Rundfunk reported on Monday.

Bremen-born Martin N. would put on a black balaclava and dark clothing and break into houses, boarding school dormitories and campsite tents across the state of Lower Saxony to abuse young boys while they slept.

“I hardly think my actions are excusable,” he told the court earlier this month, apologising to the victims’ families and saying he expected no forgiveness.

He had successfully led a double life and even worked at a children’s holiday camp, while at times “going on the hunt,” as he put it, for boys to abuse.

Police had been searching for the man for years, until they got a break last year 2011 when one of the boys he abused in 1995 approached the authorities.

The first murder victim, 13-year-old Stefan J., had been taken from his dormitory in a boarding school in March 1992. His body was found a month later in sand dunes nearby.

Then three years later in 1995, Martin N. entered a campsite and murdered eight-year-old Dennis R. The campsite had already reported a masked man entering the site and abusing boys between 1992 and 1994.

His final victim was nine-year-old Dennis K. whose body was found by people foraging for mushrooms in a Lower Saxony forest in 2001. He had been taken from his boarding school dormitory and murdered.