A 24-year-old teacher has been remanded into custody on suspicion of child rape after admitting that he had sexual relations with a number of teenage pupils, according to a report in the Aftonbladet daily.

The physical education teacher was employed as a substitute at a school in Hälsingland in northern Sweden during the autumn term.

The man was fired from his job before the Christmas holidays after parents raised the alarm and is now being investigated on suspicion of sex offences involving six young girls at the school.

“He has confessed, but claims that everything has been consensual,” the man’s lawyer K-G Myhrberg told the newspaper.

The man was remanded into custody by a district court on Friday on suspicion of child rape and sexual abuse.

The rape charge concerns a 14-year-old girl who the man admits to having had sex with, claiming that he thought that she was 15-years-old at the time.

The abuse charge concerns a 15-year-old girl and refers to messages sent by SMS and on Facebook.

The incidents are reported to have occurred in an office at the school.

The man’s actions were revealed when parents became suspicious after discovering incriminating sexually suggestive messages on their daughters’ Facebook accounts.

The school immediately reported the matter to the police when they were informed of the situation in December.

The girls have been offered various forms of support and help to deal with the situation.

“You should be able to trust the adults they have in their proximity and feel safe in school,” the school’s principal told Aftonbladet. 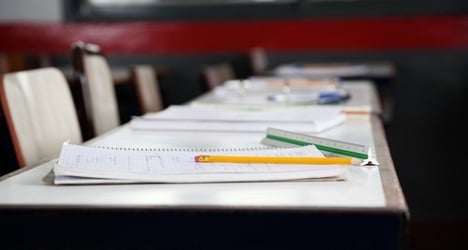