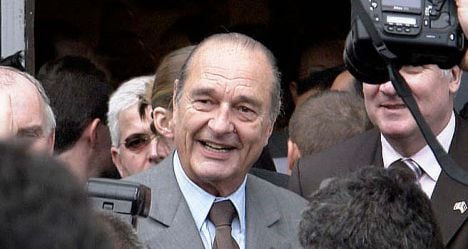 Popular former French president Jacques Chirac was convicted of graft on Thursday but escaped jail when he was handed a two-year suspended sentence for running ghost workers at Paris city hall.

The 79-year-old statesman, who was excused from court on medical grounds, was found guilty of influence peddling, breach of trust and embezzlement between 1990 and 1995, when he was mayor of the French capital.

In their ruling, judges said Chirac’s behaviour had cost Paris taxpayers the equivalent of €1.4 million ($1.8 million).

“Jacques Chirac breached the duty of trust that weighs on public officials charged with caring for public funds or property, in contempt of the general interest of Parisians,” the ruling said.

He is the first president of modern France to be tried, but Nazi-era collaborationist leader Philippe Petain was convicted of treason and the country’s last king, Louis XVI, was sent to the guillotine in 1793.

The verdict marked the end of a long legal drama. France’s current foreign minister, Alain Juppé, was convicted in the same case in 2004 but has since returned to public life, and is a key ally of President Nicolas Sarkozy.

Thursday’s sentence was a surprise. Even state prosecutors had called for Chirac — who still polls as one of France’s most popular figures — to be cleared, and France has largely forgiven his long history of corruption.

“I hope this judgement won’t change the profound affection that the French people still rightly have for Jacques Chirac,” defence counsel Georges Kiejman said, adding that Chirac would decide later in the day whether to appeal.

Chirac’s 54-year-old Vietnamese-born adopted daughter Anh Dao Traxel, said the ruling had been “too, too harsh”.

“Justice has spoken, it must be respected but it’s unfortunately a great pain for our family and for Jacques Chirac,” she told reporters.

A spokesman for the opposition Socialist Party, Benoit Hamon, said the verdict was late but “a good sign for French democracy”.

Chirac was president of France between 1995 and 2007 and as such enjoyed legal immunity. He denied all the charges, but the case is only one of many corruption scandals to have dogged him in a long public career.

Doctors say he has “severe and irreversible” neurological problems including memory loss and dementia.

While he still makes occasional public appearances as a respected centre-right elder statesman, he was unable to attend the trial.

He was tried alongside nine alleged accomplices. Two were cleared, but the rest were convicted of helping Chirac run a system at Paris city hall under which political allies were paid municipal salaries for fake jobs.

The city of Paris, which is now run by a Socialist mayor, dropped a case for damages over the case after Chirac’s UMP party agreed to pay €2.2 million ($2.85 million) to cover the embezzled funds.

Chirac was hiring members of his political party for non-existent municipal jobs in Paris, using the civic payroll to employ his own campaign staff.

In all, 19 fictitious municipal jobs were created in Paris and its suburb Nanterre between 1990 and 1995, ahead of Chirac’s successful presidential bid.

Several people were convicted in connection with the case in 2004, including Juppé who was found guilty of mishandling public funds, but is now a key figure in the government of Chirac’s successor Sarkozy.

Juppé was given a 14-month suspended sentence and barred from public office for a year — before returning as mayor od Bordeaux and now foreign minister.

He rejected the court’s request to appear as a witness in Chirac’s trial.

Sarkozy was not himself close to Chirac. Despite serving as his interior minister, the two were rivals, but the verdict will nevertheless embarrass many members of the UMP.

Juppé is seen as a key figure in Sarkozy’s re-election campaign and a possible future prime minister if the right returns to office after May’s presidential vote and legislative elections in June.

Defence lawyers had denied in court that there was an organised “system” of ghost jobs during Chirac’s time at city hall and insisted that the ex-mayor was not in a position to know if any of the jobs had been fake.

“You have an immense moral and political responsibility,” defence counsel Georges Kiejman had told the court, urging an acquittal.

“Your ruling will determine the final image given to Jacques Chirac.” 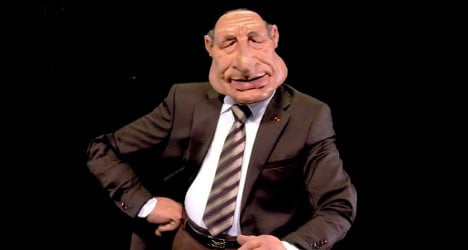 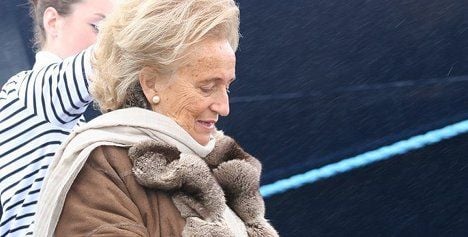 Bernadette Chirac hits a deer on the motorway

The unrivalled power of the French president

Chirac ‘will vote for Hollande’ – claim