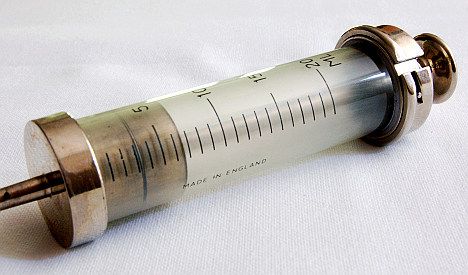 The data was published in weekly medical journal Bulletin Épidémiologique Hebdomadaire on Monday.

The study found that one in five people who go for the HIV test fail to pick up their results. Reasons could include fear of the result or just not bothering to go back.

According to the report’s authors, “reducing the number of people who don’t know their HIV status has become a priority.”

6,500 people are infected with the HIV virus each year in France.

Medical authorities hope that more rapid tests, which give results in 30 minutes rather than several days, will improve awareness for those carrying the virus.

A Canadian test, recently authorized for use in France, even gives results within one minute.

There are an estimated 34 million people carrying the HIV virus worldwide. Figures released on Monday and reported in Le Parisien newspaper showed the number of deaths fell to 1.8 million in 2010 against an annual tally of 2.2 million in the previous ten years.

HEALTH
WHO warns ‘high’ risk of monkeypox in Europe as it declares health emergency
Url copied to clipboard!