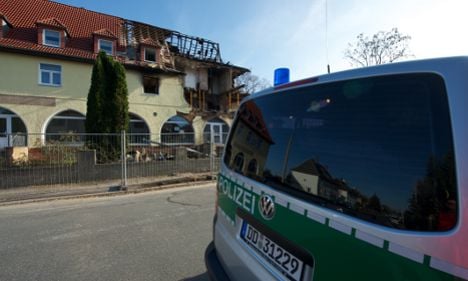 Police have arrested a man suspected of involvement in the far-right terror cell case that has shocked Germany. The man is a suspected accomplice of the trio of neo-Nazis thought to have carried out a string of racist killings.

The authorities said on Sunday that they had arrested 37-year-old Holger G. and searched his apartment near Hannover. Prosecutors are now investigating whether he had any part in the crimes alleged to have been carried out by the terror cell, including the 2007 slaying of a policewoman and the killing of nine foreign-born food vendors and shop-owners from 2000 to 2006.

Federal prosecutors, who took over the case on Friday, had at first focused their attention on three neo-Nazis who had lived in an apartment in Zwickau, Saxony. The two male suspects killed themselves after a botched bank robbery last week and the third suspect, a woman, handed herself into police.

The man now detained by the authorities is alleged to have had been in contact with the other three since the late 1990s. He is thought to have given them his driving license and passport in 2007. He is also suspected of renting caravans for the group on several occasions.

Investigators have already linked the Zwickau trio to the so-called “döner kebab murders” and the policewoman’s killing after finding the guns used in the attacks at their apartment.

They also found DVDs in which the men reportedly claimed responsibility for the racist murders and said they were members of a far-right group called the “National Socialist Underground,” which they described as a “network of comrades with the basic principle of actions instead of words.”

In one 15-minute video, the men also announced that they intended to carry out further attacks.

Justice Minister Sabine Leutheusser-Schnarrenberger insisted on a speedy and complete investigation in to the series of killings.

“The information that we have so far creates a shocking image,” she said on Sunday.

She also called for a rigorous investigation into the dimensions of far-right networks and organizations in Germany.