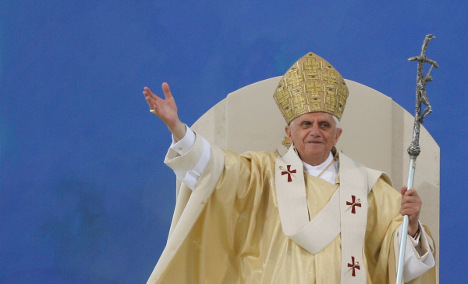 Around half the members of the Bundestag from the socialist Left party will leave the German parliament building before the Pope makes his address on September 22, according to MP Petra Sitte.

She told the Mitteldeutsche Zeitung they would join expected protesters outside, although The Left’s leadership of Geisne Lötzsch, Klaus Ernst and Gregor Gysi will attend.

The paper said that although one gay MP, Volker Beck of the Greens, had criticised the event, he has decided to stay – although he and his party have been vocal in his support for protesters who were initially only granted permission to rally several hundred metres away at Potsdamer Platz. They have now been permitted to protest at the Brandenburger Tor, which is much closer to the Reichstag building.

The centre-left Social Democratic Party has decided to avoid the prospect of empty seats in its group by filling any gaps with external guests, the paper reported on Tuesday. Rolf Schwanitz, an SPD MP is spokesman for the group “Lay people in the SPD”, which calls for a rigorous separation of church and state. He will take part in the demonstration rather than hear the Pope’s speech.

Former SPD MP Hans-Jochen Vogel defended the invitation extended to the Pope, saying it was not the first time he had addressed a parliament. “He has already been invited by and spoken in front of the United Nations,” he told the paper. He said this month’s speech would probably be the first time that a Pope had addressed representatives for the whole of Germany. Vogel will not be able to be there himself due to appointment clashes.

The Pope will also be addressing the nation on the television, as it was confirmed this week he will present the “Word for Sunday” on September 17 in the ARD state television. The late Saturday night spiritual show will be recorded in the Vatican. Benedict XVI’s predecessor John Paul II was the first Pontiff to present the show in 1987.

Pope Benedict XVI will be in Germany between September 22 and 25, visiting Berlin, Erfurt and Eichsfeld in Thuringia as well as Freiburg.