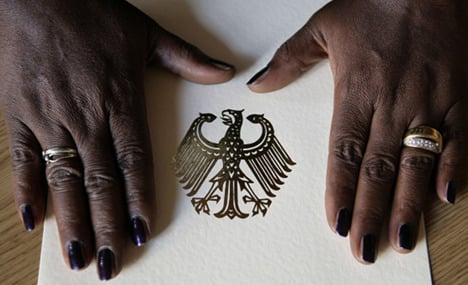 For its findings published this week, the German Institute for Economic Research (DIW) explored whether people view immigrants as being really German once they naturalize and gain citizenship.

“The criterion of German ancestry in recent years have become less important, while other criteria such as mastering the German language and adapting to the German lifestyle have won weight nationwide,” said the study.

The study, which looked at opinions in eastern and western Germany in 1996 and 2006, showed a marked change in people’s perceptions of what it means to be a German.

For example, in 1996, 12 percent of westerners and 17 percent of easterners, considered ethnic criteria decisive in defining whether someone was really German. By 2006, those figures had dropped to four and three percent, respectively.

Meanwhile, citizens now see adapting to the country’s lifestyle as now being an important factor in deciding whether immigrants can be considered German or not.

About 57 percent of those surveyed in western Germany and 54 percent in eastern Germany said this was important in 2006, which is about three times as high as ten years before. Roughly 80 percent of Germans believed that Germany was a land open to immigrants in 2006.

And although xenophobia declined during the same period, the researchers said this was not linked to changing attitudes about what made a person German.

But despite stereotypes to the contrary, most Germans aren’t as worried about immigrants as commonly thought. Data from 2009 show only a quarter of Germans are “very worried” about immigration issues and the people who are most concerned are in simple or routine jobs, according to the researchers.

The study suggested that government policies, which made it easier for foreigners to gain German citizenship, have helped moderate the populace’s attitudes toward immigrants over the years.